Marilyn is a single grandmother raising her four grandchildren: Alex, Brett, Amari and Kaylee. Struggling to make ends meet, her grandchildren started coming to Mission U-Too for a burger.

Quiet and meek they would sneak in the line and wait patiently for their time to be served. Not knowing a soul around them other than others in the community they would walk back home with their food in hand and eat with their grandmother.

Alex, the oldest of the four grandkids attends Bastrop High School and is on the track team. Breaking out of his shell he started finding HOPE and community at Mission U-Too. He began to serve and started building trust with those he was finding peace. “It’s just different,” Alex said in an interview. The ‘different’ Alex was feeling was the love he was experiencing from those who were pouring into him, Christ’s love. Alex’s siblings later followed behind to serve.

Marilyn was seeing positive change in the children. Once her grandchildren were able to find peace and comfort she started coming to be served as well. They even decided to dedicate their lives to Christ in their church and were baptized. Carol, a Mission U-Too volunteer, was invited to join the baptism. 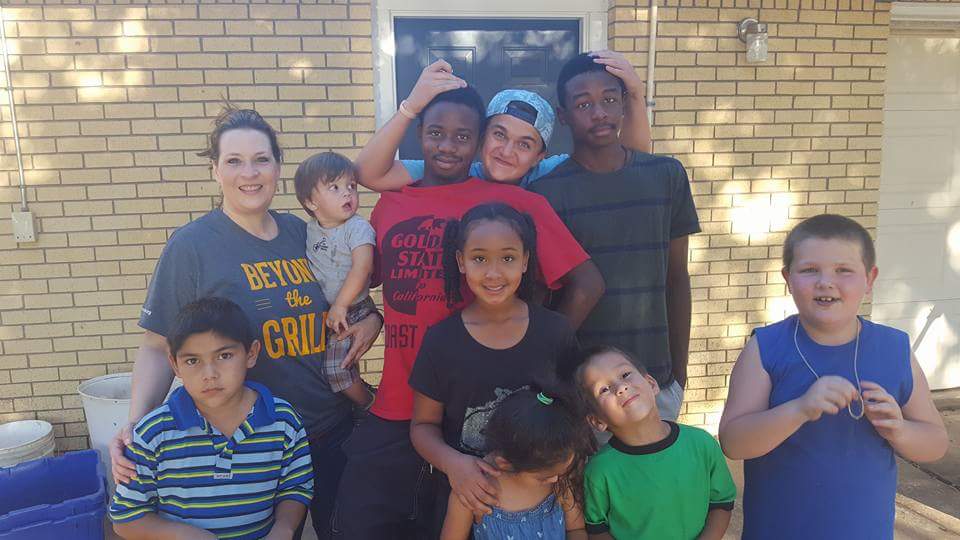 And then on a summer afternoon Marilyn and her grandchildren were in Houston trying to head back to Bastrop and their car broke down. She was able to get help and a ride back to Bastrop from family, but her car was not repairable. Left alone at home without a vehicle they all began to pray. Little did she know, a family who had just started serving with Mission U-Too had a car that they had been praying about for several months to be able to donate to someone in need, negating the need for the family to look at or somewhere similar for a replacement car in order to be able to transport the family around again once more.

Carol introduced Marilyn to the family and they found a perfect match. Marilyn was blessed with a car.

Marilyn said in an interview, “I have never met people who cared as much as your volunteers do. My family has been blessed abundantly and my faith is stronger.” And Alex followed with, “I am loved and I have a purpose in life that I never knew I had.” They ended with that Mission U-Too’s impact in the community has made it a better and safer place to live.

Pray With Us: The Reason For The Season