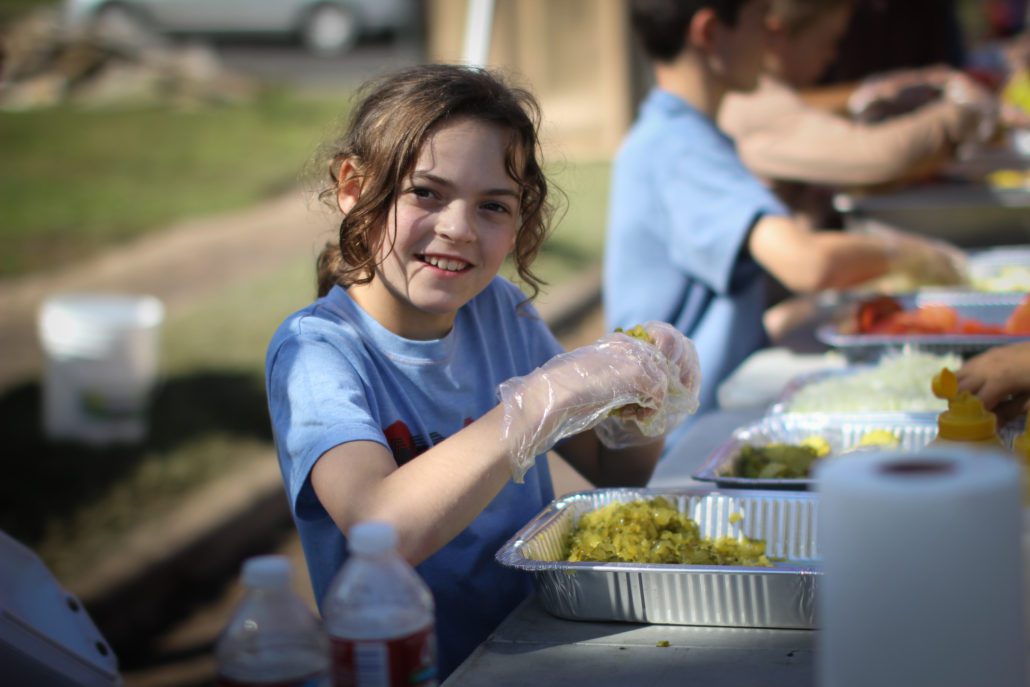 She served in the Oklahoma tornado disaster relief trip. During the days of serving it had started raining and another threat of a tornado was coming through. People were devastated from the devastation they already experienced just a few days before. Mission U-Too still served those that were hungry. “Life changing experience,” she said. “Seeing people scramble for shelter and the fear that was on their face. It made me appreciate the things I have.”

A story about the tornado she remembers is hearing about two best friends who walked into the local high school together to get away from the tornado had died. The tornado destroyed half of the school. Being a high schooler herself she can’t imagine the devastation of losing her best friend.

“Mission U-Too has changed my outlook on homeless people. Before Mission U-Too I never paid attention to them. In my surroundings now I am more aware and not afraid to talk to them,” she said. “If we haven’t served with Mission U-Too I wouldn’t see the need around me. It has helped open my eyes to others needs instead of my own.”

Pray With Us: Hope in the Lord
Scroll to top