From now until the end of the year we will be sharing stories from each of our sites across Texas. Every site has the same mission: to feed people physically and spiritually. We see God using our volunteers and those that come to grow and build relationships with those in Christ. Here are just a few of the stories from our sites this past year. 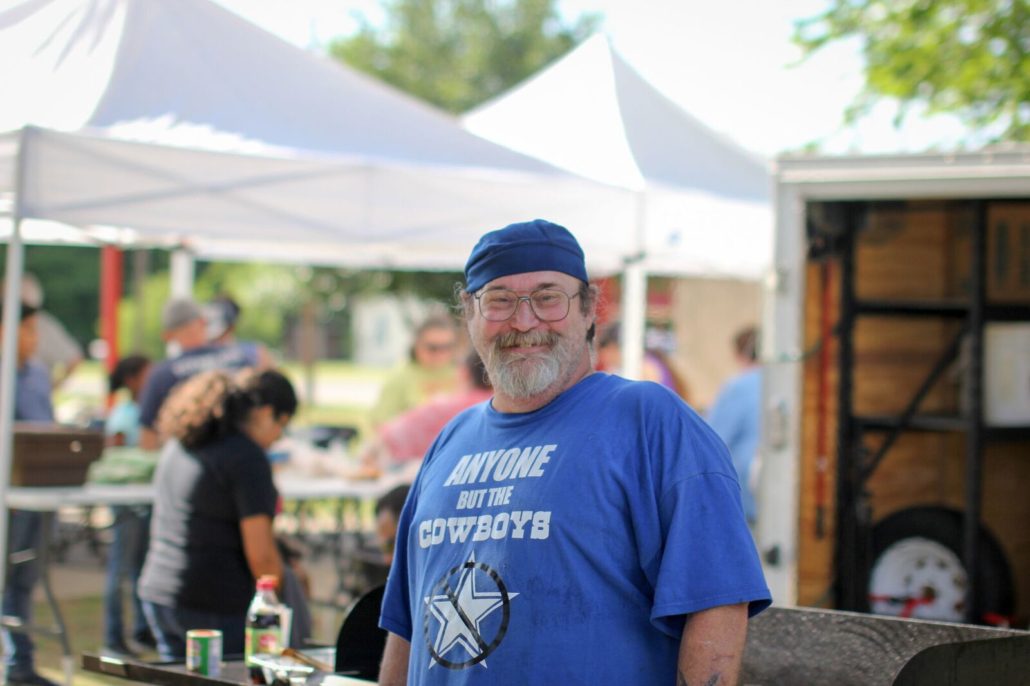 Jay moved to Justin Texas from California in 1975. Growing up he spent most of his life moving around. “Dad was in the military and we moved around every 3 years. I had a hard time making friends and keeping friends because of it,” he said.

After Jay’s mother died he started battling depression. He found himself slipping back with no where to turn. Before Jay started serving he would come to get free food and Brandon, our Justin Site Coordinator would pray with him every chance he could. Soon, Jay started serving and was being picked up for church by Brandon.

But that’s not all, just a few months ago Jay called Brandon in desperation. He was wanting to take his life. With a gun to his head he sent a desperate text message to Brandon and Brandon immediately went to his house. Through conversations and prayer Jay realized his life on earth still had meaning.

Jay was just recently baptized at First Baptist Church Justin where Brandon attends. Brandon was able to be in the baptismal with Jay. “I was the crazy guy dancing and raising my hands in the air after I came up out of the water. If it wasn’t for Brandon helping me through my challenges and praying with me, I would not have been able to experience God’s presence, and if it wasn’t for Feed the Need Missions I wouldn’t have a place where I can serve and share my story with others.” 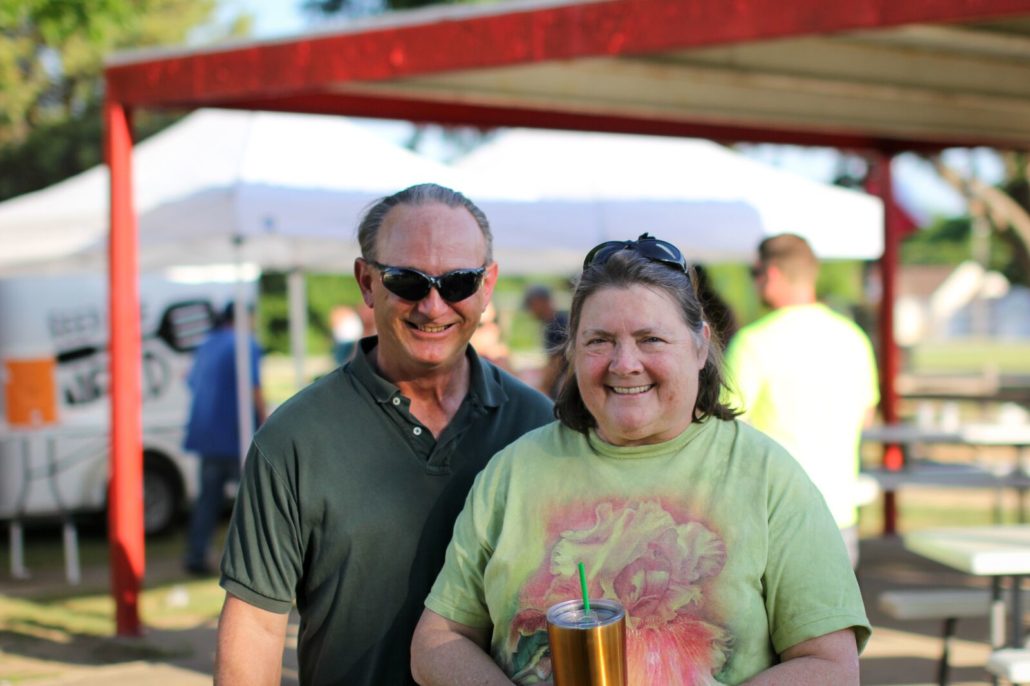 Sheila lives in Justin Texas just a few miles from the Justin site. She heard about Feed the Need Missions from kids holding up signs for free hamburgers almost a year and a half ago.
“Feed the Need Missions provides me an opportunity to meet new people and make friends. These friends have prayed and help support my emotional needs through my multiple chronic health issues. I have Sjogrens, Polymyositis (auto-immune, lymphoma, and cancer). As you can imagine it gets lonely.”
Shelia attends the Justin site when her health allows her too. Her favorite part of Feed the Need Missions is the devotional at the end (Table Talk). “Table Talk helps me learn. It has also enabled me to be brave enough to ask people to pray for my polymyositis and other chronic health issues.”

When you give to support our communities, people’s hearts and lives are being changed. With your help, Feed the Need Missions will continue to provide a hot meal and share the love and message of Christ to those in our communities each week.

Can you help Feed the Need Missions continue serving each week by making a generous contribution of $25, $50, or $100 today? Without your generosity, people like John and Peggy, might not get to hear about the love of the gospel and what it truly means to have people who love and support you where you are.

Don’t delay, give now and make a difference in your community today. 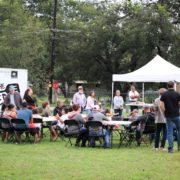 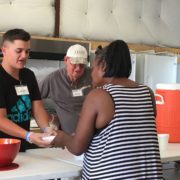 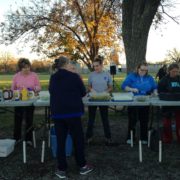 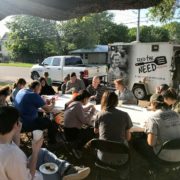 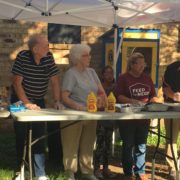 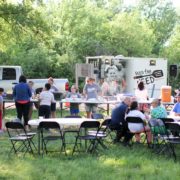