Hopefully you and your group have already started reading Genesis. If not start now!

Basically we want to read through Genesis in about four weeks. That is about two chapters a day. This week the video talks about Genesis 1-11. God makes a good world and installs humans as its rulers. Humanity rebels and ends up ruling the world in a destructive way, leading to violence, death, and the founding of the city of Babylon. God’s response is to set in motion a plan to rescue and bless the whole world through the family of Abraham.

Translated as ‘origin’ from the Greek word, the Book of Genesis tells us how everything began from humanity’s history to the world we know today. One could call this the ‘problem statement’ for humanity, the rest of the Bible will be answering. It reveals a dramatic prologue of God’s love for us, the tragedies of sin and the human race, and God initiating a brilliant plan to win us back from the clutches of darkness. He does this by passing down a covenant blessing through Abraham and his family, including Isaac, Jacob, and other individuals, in order to bless all the families of the earth. These descendants will become the foundation for the Nation of Israel and Jesus the Messiah who will bring salvation for all of humanity.

The Bible Project: The Torah 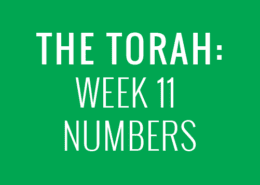