Scott heard about Feed the Need Missions through a friend who was attending Celebrate Recovery at First Baptist Church in Justin, Texas. Growing up, Scott was introduced to drugs and alcohol at a very young age. When his father passed away last fall, he started drinking heavily and was popping Adderall to cope with the pain.

All Scott knew his entire life was the streets. He was married, but is currently separated. Left with raising his three boys on his own, he moved into his mother’s home while trying to clean himself up from his addiction. “God started speaking to my heart. All I could do was sing praise and worship songs. Once He got a hold of my heart and was telling me enough was enough, I decided enough WAS enough. God asked me to do it for no one else but myself and Him. I am now free from the bondage.” 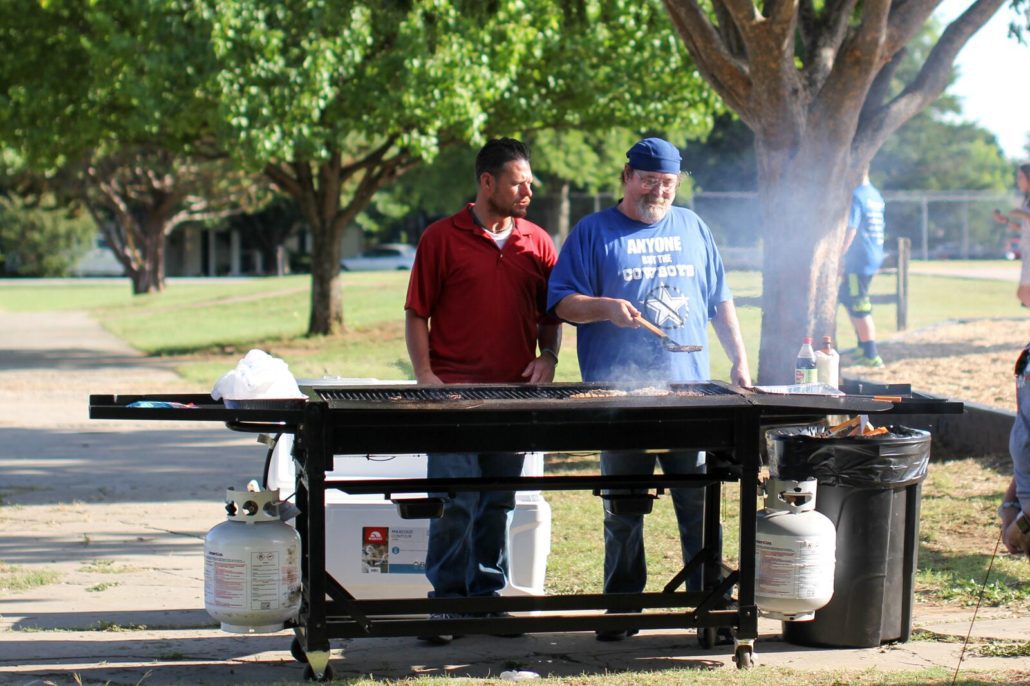 “It’s only been a few months that I’ve been clean,” he said. He’s now working full time and serves at his church on a CARES team. He visits the Feed the Need Mission site every Thursday in Justin, not because of the food but because of the people. “I have no friends and nobody to talk to. Feed the Need has helped me to be open and to find trust again. I can be the new me here, and still talk about my past.” He also said, “before I worked for Satan but now I work for God and because of my past and my struggles I can come here and be the person to listen and help others.”