START WITH TALKING ABOUT POETRY & WISDOM.

This is the last week in our Poetry & Wisdom Series. Remember our goal here was to gain a greater understanding of poetry and wisdom to grow our relationship with the Lord. We know that one of the main ways God speaks to us is through His word, and we want to help our audience develop a passion for the Word.

Job is the last of the three books that explore this theme of biblical wisdom. This book helps us look at a big question we know a lot of people struggle with. How do you trust God even when life isn’t fair and you suffer for no good reason? Job’s story invites us to consider what it means that God runs the world by wisdom, and how this truth can bring peace in dark times.

Job is one of the most fascinating and misunderstood books of the Bible. Job is not the story of someone patiently and silently suffering. It is a story about making sense of the evil we experience. Remember, as you read Job, that Job does not have all of the information that you, as the reader, has.

Set in Uz, an obscure land far from Israel, during an unknown time period, the book of Job focuses on questions about God’s justice and why good people suffer. Throughout the book, Job, his wife, and his friends speculate on why he, an upright man, suffers. Job accuses God of being unjust and not operating the world according to principles of justice, and his friends believe that Job’s sin caused his suffering. Job decides to talk directly to God.

God reminds him that the world has order and beauty but is also wild and dangerous. While we do not always know why we suffer, we can bring our pain and grief to God and trust that He is wise and knows what He’s doing.

In the first part of the book we see Satan challenge God twice. First, he argues that Job faithfully serves God only because Job has something to gain. In response, God allows Satan to destroy Job’s family and wealth. Job proves Satan wrong and is faithful to God even when he has nothing. Second, Satan challenges God that Job will turn from God if physically struck. God allows Job to be covered with a painful skin infection. Despite his pain, Job remains faithful to God – but he does blame God for his suffering. Job is fulfilling a test on behalf of all people. Satan argues that people serve God for selfish reasons. But in Job we learn that this isn’t true, and that we should serve God simply because he is God and is worthy to be served – no matter our circumstances.

The second part of the book shifts gears to the question of suffering. After hearing about Job’s troubles, three of his friends visit him. As they try to comfort him, they give him simple explanations of why Job is suffering. The reason for all Job’s losses, they say, is that Job has sinned. Many people believe that you can tell a person’s moral or spiritual state by their life experiences. The book of Job very strongly rejects this concept. It presents Job as righteous and without blame. We know from chapters 1 and 2 that Job suffered because God allowed it, not because Job was sinful.

Job wants his questions to be answered, but instead says,“You are God, and I am not.” At the end of the book, God makes it clear that Job’s friends spoke incorrectly about Him (God). Their view of the world and why suffering happens is rejected. At the same time, God affirms Job. In the end, God gives Job twice as many possessions as he lost, along with a new family. Yet this is not a book with a happy ending, nor is it meant to be.

We are supposed to be uncomfortable so that we can ask ourselves, “Am I willing to yield to God even when I don’t want to?” That’s why the book’s second question; “why do people suffer?” is not answered. The issue of unwarranted suffering is perhaps the most significant challenge of faith. We want to know why we experience horrific evil. This book tells us that sin is NOT the reason. The idea that bad things happen as a result of sin is rejected. Yet neither this book nor the rest of the Old Testament tells us why. Instead, it asks us to reflect on whether we will yield to God even when we do not get the answers we want.

Think of an area where you or someone close to you has been greatly wronged or suffered unjustly. How can you release that to God in spite of results that you don’t like? 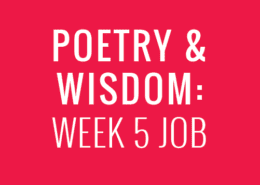 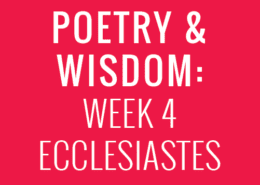 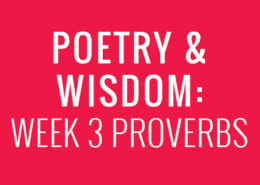 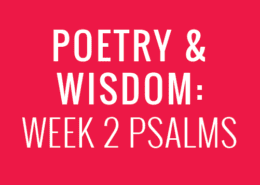 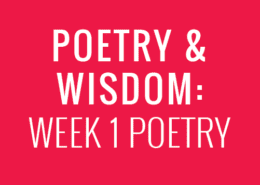